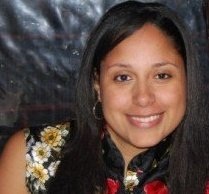 Camille Rivera is the Executive Director of UnitedNY, which has been instrumental in helping to elevate the voices of New York’s unemployed and low-wage workers in the fight for economic oversight and accountability. The group has been extremely active over the past year in building support for job creation, wage fairness, and worker justice here in New York City. The group has organized events such as the October 5 Community and Labor March from Foley Square to Zuccotti Park, the November 17th Rally and March for Jobs and Justice, and most recently, the April 17 th Day of Action to Reclaim Tax Day for the 99-percent. UnitedNY was an active part of the coalition that successfully saved the millionaires’ tax in New York and is helping to organize low-wage workers in multiple industries into unions.

A Bronx native, Ms. Rivera is a graduate of Queens College. She is a former Community Organizer with the New York Public Interest Research Group (NYPIRG), and a former Deputy Political Director with SEIU 32BJ. Ms. Rivera is also a leader in the Working Families Party.