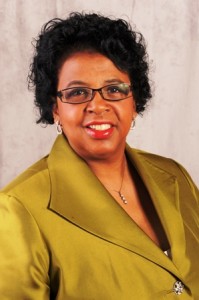 Carolyn McLaughlin was elected in 1997 as Council Member to the Albany Common Council representing the Second Ward in the City of Albany. She currently serves as Common Council President.

Ms. McLaughlin’s public service career spans 22 years with experience earned in human resources and budgeting. Ms. McLaughlin is currently Assistant Manager for Business Process Planning in Human Resources with the New York State Teacher’s Retirement System. From June 1990 to September 2000 she served as a Senior Budget Examiner with the New York State Division of the Budget. In this position she was responsible for the central oversight and control of the fiscal operations for a variety of state agencies with annual budgets ranging from $60 million to over $150 million dollars. She received a Budget Directors Distinguished Achievement Award for her efforts in advancing heightened cultural understanding through development of a series of multicultural and diversity programs. Her tenure in the Division of the Budget was preceded by positions with the Department of Corrections and the Department of Civil Service. Prior to beginning her career as a public servant in 1987, Ms. McLaughlin worked as a research chemist in California for 10 years.

Equally as important as her professional career, is her work in the community. Since 1987 Ms. McLaughlin has worked with various community based organizations including the Urban League, the United Way of Northeastern New York, the Capital Area Council of Churches. She is President of the Capital Region Chapter of the National Forum of Black Public Administrators. She is a past President of the Board of Directors of Girls, Inc. of the Greater Capital Region and is a member of the board of the Horizon Center. A member of the South End Action Committee, the Black Women’s Association of Albany and the Albany Chapter of Zonta International. She has previously served on the Board of Director’s of the Two-Together Reading Program, Albany YMCA, and the Capital Repertory Theater. Ms. McLaughlin has served in various leadership roles as a member of Mt. Calvary Baptist Church and is a member of the Board of Trustees and the Adult Choir.

A tireless and compassionate advocate for her constituents and Ms. McLaughlin is often asked to share her vision for the community and to serve as a motivational speaker. Her work has earned her several awards from the community including, a 2008 Leadership Award from the Center for Women in Government & Civil Society and a 2009 Leadership Award from the Israel AME Church 200 Years of Service Committee. She is proud of an award from the Albany Boys’ and Girls’ Clubs for her work on behalf of the youth of our city and the Robert D. Rogers Award from the Albany Upstate Chapter of Blacks in Government for outstanding service to the Black community. She played a major role in the development of legislation adopted in 2000 by the City of Albany establishing a Citizen’s Police Review Board. For this work she was selected as one of the Local Heroes of the Ye ar 2000 by the Metroland Newspaper. The Albany Chapter of the NAACP presented Ms. McLaughlin with the Medgar Evers Courage Award in recognition of her dedication and commitment to political empowerment and the creation of a just society. Other awards include the New Covenant Christian Fellowship 2002 Women of Courage Award and 2003 Horizon Center award for outstanding service to the center and its’ residents.

A proud native of Albany, Ms. McLaughlin earned a Bachelors Degree in Chemistry from Keuka College, Keuka Park, NY. In 1994 she received a National Urban/Rural Fellowship which led to her receiving a Masters in Public Administration from Baruch College of New York in 1995.