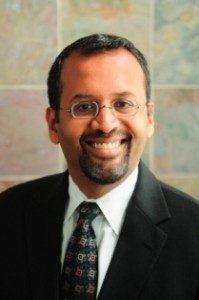 Deepak Bhargava is Executive Director of the Center for Community Change, a national nonprofit organization whose mission is to develop the power and capacity of low-income people, especially low-income people of color, to change the policies and institutions that affect their lives.

Prior to his appointment as Executive Director of the Center in 2002, Mr. Bhargava served as the Center’s Director of Public Policy. He also directed the National Campaign for Jobs and Income Support, a coalition of grassroots groups established in 2000 to give low-income people a voice in the reauthorization of the federal welfare law and other areas critical to poor people.

During his tenure as Executive Director, Mr. Bhargava has sharpened the Center’s focus on grassroots community organizing as the central strategy for social justice and on public policy change as the key lever to improve poor people’s lives. He conceived and led the Center’s work on immigration reform, which has resulted in the creation of the Fair Immigration Reform Movement (FIRM), a leading grassroots network pressing for changes in the country’s immigration laws. He has spearheaded the creation of innovative new projects like Generation Change, a program that recruits, trains and places the next generation of community organizers, and the Community Voting Project, which brings large numbers of low-income voters into the electoral process. Mr. Bhargava has also overseen a dramatic internal transformation of the organization over the past years, resulting in a younger, more diverse board and staff, a new physical home at 1536 U Street, and greater focus of the organization’s work on strengthening and aligning community organizations towards policy change.

Mr. Bhargava has provided intellectual leadership on a variety of issues including the future of the progressive movement in the United States, poverty, racial justice, immigration reform, community organizing, and economic justice. He has written on these issues for a range of publications including The Washington Post, The Nation, and The American Prospect. His strategy memo co-authored with Seth Borgos “A Proposition for the Future” provided a roadmap for how the field of grassroots organizing and the Center needed to adapt to changing circumstances, and proved highly influential in the field. His groundbreaking article co-authored with Jean Haridsty, “Wrong About the Right,” influenced how many progressives think about the strategies necessary to achieve lasting social change. Mr. Bhargava has testified before Congress on over 20 occasions.

Mr. Bhargava currently serves on the boards of the Coalition for Comprehensive Immigration Reform, the Discount Foundation, the League of Education Voters, The Nation editorial board, and the National Advisory Board for the Open Society Institute. He is a past board member of the Center for Law and Social Policy (CLASP) and the Applied Research Center.
Born in Bangalore, India, Mr. Bhargava immigrated to the United States when he was a child. He grew up in New York City and graduated summa cum laude from Harvard College. He lives in Washington, D.C. with his partner Harry Hanbury, a documentary filmmaker.