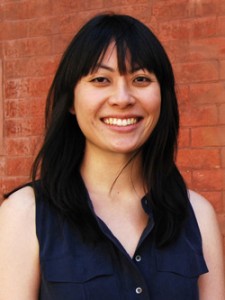 Julianne Hing is a reporter and blogger for Colorlines.com covering immigration, education, criminal justice, and occasionally fashion and pop culture. In 2009 Julianne was the recipient of USC Annenberg’s Institute for Justice and Journalism fellowship, which funded a reporting project on the impacts of criminal deportation on immigrant families. She has covered police brutality issues from Oakland to New Orleans and in the summer of 2010 reported for Colorlines from the courtroom where Oscar Grant’s killer, BART cop Johannes Mehserle, faced trial. Julianne became politically active in high school, and started organizing students in college around access and affordability issues. She earned her B.A. in social ecology at the University of California, Irvine, where she edited Jaded magazine, named 2007 Publication of the Year by Campus Progress. Julianne’s writing has appeared on AlterNet, Truthout, Hyphen Magazine’s blog, The American Prospect’s blog TAPPED and Ta-Nehisi Coates’ blog at The Atlantic, Racialicious, The Root and New America Media.