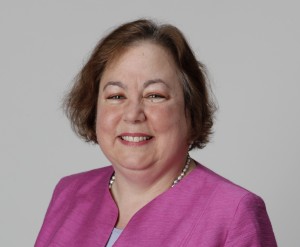 Senator Krueger has made reforming and modernizing New York State’s government, political process, and tax policy the central goals of her legislative agenda. She is one of New York’s most recognized advocates for transformative good-government reforms, from overhauling our outdated, inadequate campaign finance laws to transforming the opaque state budget process.

In 2011 and 2012, Senator Krueger formed the New York State Bipartisan Pro-Choice Legislative Caucus, a group of more than 75 lawmakers which includes members of both political parties and representatives from both houses of the legislature. Senator Krueger co-chairs the group with her colleagues Assemblymember Ellen Jaffee (D-Suffern), Assemblymember Teresa Sayward (R-Willsboro), and Senator Andrea Stewart-Cousins (D-Yonkers). The Caucus has made passage of the Reproductive Health Act its first priority.

Some of Senator Krueger’s other legislative initiatives include: a package of legislation promoting fairness for women in the workplace, such as measures to fight wage discrimination and a measure requiring reasonable accommodations for pregnant employees; a bill to support recycling and expand the bottle bill; a bill repealing the Urstadt Law and restoring local control over New York City housing policy; legislation that would expand access to the Senior Citizen’s Rent Increase Exemption; legislation establishing a breastfeeding bill of rights; and legislation expanding access to food stamps and safety net assistance for needy families and individuals.

Prior to her election to the Senate, Senator Krueger served for 15 years as the Associate Director of the Community Food Resource Center (CFRC) where she was responsible for directing their efforts to expand access to government programs for low-income New Yorkers. Prior to joining CFRC, Liz Krueger was the founding Director of the New York City Food Bank, building that organization into one that now serves over 1,100 emergency food programs, senior centers, day care centers, and other community-based programs, serving an estimated 5.4 million meals each year.

A graduate of Northwestern University (BS in Social Policy, 1979) and the University of Chicago (MA in Public Policy 1981), Senator Krueger and her husband Dr. John E. Seley (a professor at CUNY and Princeton), have lived on the East Side since 1983.