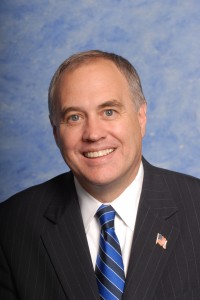 Since first taking the position in February 2007, DiNapoli has transformed the way his office does business, instilling reforms to make government more effective, efficient and ethical. He has pushed for increased transparency and accountability in government, and identified billions of dollars in waste, fraud, abuse and mismanagement.

As sole trustee for the estimated $150.3 billion (As of March 31, 2012) State pension fund, one of the largest institutional investors in the world, DiNapoli has:

As the State’s fiscal watchdog, DiNapoli has emphasized that “every dime counts.” He has been an outspoken critic of fiscal gimmicks and other poor budget practices. His accomplishments and initiatives include:

DiNapoli is committed to making State government serve the people of New York better. His reforms include:

Previously, DiNapoli represented northwestern Nassau County in the State Assembly for 20 years. During his legislative career, he fought to restore fiscal responsibility in Nassau County, prevent fraud and mismanagement in school districts, and clean up the State’s water supply.

A lifelong resident of Nassau County, DiNapoli first gained recognition in 1972 when he was elected to the Mineola Board of Education at the age of 18, becoming the youngest person in New York State to hold public office. He holds a bachelor’s degree in history from Hofstra University and a master’s degree in management and urban policy from The New School University. Prior to his election to the Assembly, DiNapoli was a manager in the telecommunications industry and served as an adjunct professor.