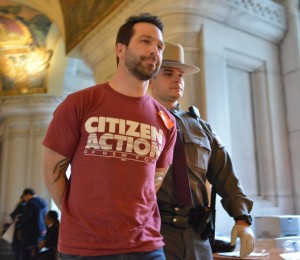 Brian Trzeciak has been with Citizen Action for three years, working on campaigns ranging from fair elections to suspensions. For many years, Buffalo had one of the highest suspension rates in New York State with a student being suspended nearly every three minutes. After two years of hard work bringing together the Buffalo community around suspensions, Brian and the Buffalo team won a great victory in the passage of a new Code of Conduct that is built upon positive supports, not punitive discipline.