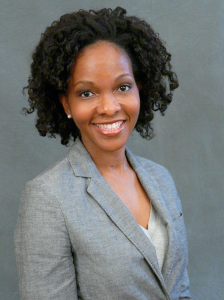 Dr. Imani Perry is a professor in the Center for African American Studies at Princeton University. She is an interdisciplinary scholar who studies race and African American culture and is the author of More Beautiful and More Terrible: The Embrace and Transcendence of Racial Inequality in the U.S. as well as Prophets of the Hood: Politics and Poetics in Hip Hop. Dr. Perry collaborated with Tim Wise on the film, “White Like Me,” and is a frequent guest on MSNBC and The Huffington Post.

In 2012, as we moved toward the election of our first Black President, Professor Imani Perry’s book on racial inequality in the U.S. captured the attention of academics, activists and mainstream media. Perry asserted that while America remains mired in racism, it is a new and distinct phase of racism that is “post-intentional” and cannot be addressed solely through the kinds of structural solutions of the left or the values arguments of the right. Since that time, Perry has continued to challenge and prod those who are working for social change with ideas and perspectives gained from insightful research into race, gender, and class and the economic changes that could potentially unite us all.