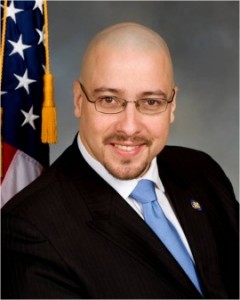 Senator Gustavo is dedicated to changing the way business is done in the legislature for the better and is committed to making sure that the families of the 33rd Senate District have a voice in Albany. The first bill Senator Rivera introduced in the New York State Senate, S.382 addressed the need for greater government transparency and financial disclosure.  This bill, which proposed making it mandatory for public officials to disclose all sources of income they receive apart from their government salary, was included in Governor Cuomo’s ethics package that passed the legislature and was signed into law in 2011.

Since he took office in 2011, Senator Rivera has been focused on addressing issues of health inequity, as well as promoting better nutritional and exercise habits through his initiative, Bronx CAN. In January 2013, Senator Rivera was named the ranking member of the New York Senate’s Health Committee.

Previously, Senator Rivera served as the ranking member of the Crime Victims, Crime and Corrections Committee. During that time, he introduced and passed legislation to allow charitable organizations throughout the state to post bail bonds for individuals who cannot afford to do so themselves. Additionally, during the 2013 budget negotiations Senator Rivera was able to secure the transfer of the Fulton Correction Facility  to the Osborne Association to be converted into a comprehensive reentry center that will provide thousands of New Yorkers transitioning back into society with the necessary resources and skills to be productive members of the community.

In addition to serving as a State Senator, Gustavo continues to serve as an adjunct professor at Pace University, where he teaches courses in political science. Prior to becoming a State Senator, Gustavo worked as a community organizer for several local and state candidates including Jose Marco Serrano’s and Andrea Stewart-Cousins’ campaign for State Senate, as well as Fernando Ferrer’s 2001 campaign for Mayor of New York City. In early 2008, SEIU hired Gustavo to manage their activities on behalf of Barack Obama in several crucial primary states. In this role, Gustavo traveled to Indiana, Pennsylvania, Virginia, Texas – even to his home of Puerto Rico – on behalf of Senator Obama. Gustavo was then tapped by Senator Obama to serve as his Constituency Director in the crucial swing state of Florida. After the election, Gustavo returned home to New York State to serve as the Director of Outreach for U.S. Senator Kirsten Gillibrand.

Since 2000, Rivera has also served as a faculty member and mentor for “Somos el Futuro”, the annual Model State Senate program sponsored by CUNY, SUNY, the NY State Assembly, and the Puerto Rican Hispanic Task Force. For more than a decade, serving as a mentor to the participants of the Model State Senate program has been both a great pleasure and a source of inspiration for Gustavo and he looks forward to continuing his to work with “Somos el Futuro,”.

Gustavo was born in Santurce, Puerto Rico. In 1998, Gustavo graduated from the University of Puerto Rico and moved to New York to begin a doctoral program in political science at the Graduate Center of the City University of New York. A proud Bronxite, he has lived in Kingsbridge Heights for more than ten years.