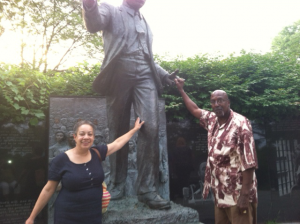 Ivy Sharpe Morris was born in Albany and moved back in 2009, just in time to help on Mayor Kathy Sheehan’s campaign. Ivy learned about politics from her grandfather, who worked for four governors in the Executive Chamber mailroom. He is Ivy’s inspiration to be active in the community and to give back to her city and follow in her ancestors footsteps.Ivy has spent time working on the campaign to elect President Barack Obama. Since returning to the Capital District, she has been active in Citizen Action’s chapter and is a member of the local board.