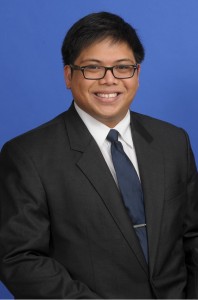 Jason Q. Sinocruz is a staff attorney and member of Advancement Project’s Ending the Schoolhouse to Jailhouse Track  team.  As a community lawyer, he works with grassroots groups throughout the country by providing legal, policy, research, strategic, and advocacy support in their campaigns to end the school-to-prison pipeline, the policies and practices that push students from schools directly and indirectly into the criminal justice system.

Jason graduated from Stanford University with a B.A. and an M.A., where he received the Asian American Community Service Award, given to one student annually. Jason earned his J.D. from UCLA School of Law, where he served as Comments Editor on the Asian Pacific American Law Journal and participated in the Critical Race Studies concentration. During law school, he served as an Education Pioneers Fellow and interned at the Executive Office for Immigration Review. Jason has also externed for two federal  judges: the Honorable S. James Otero of the Central District of California, and the Honorable Jacqueline H. Nguyen of the Ninth Circuit Court of Appeals (formerly of the Central District of California). – See more at: http://www.advancementproject.org/people/entry/jason-q.-sinocruz#sthash.ZVF0chYJ.dpuf