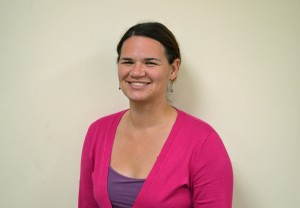 Kristen Dart is the community organizer at Planned Parenthood Southern New England in Providence, RI . Her primary focus is organizing within faith communities and college students. She is originally from Saratoga Springs, NY. While there she played a significant role in several local and state level elections. She was an active volunteer and advocate for Planned Parenthood and Family Planning Advocates. She serves on the Board of Directors for the Religious Coalition for Reproductive Choice, and is on the executive committee of the NAACP Providence Branch as the Political Action Chair. Previously Kristen was a United Methodist pastor in Upstate New York and spent time organizing and advocating for LGBTQ rights within and outside of the church and also worked to ensure that church continued its support of reproductive health and rights for all. Kristen has had a lifelong interest in politics and policy. She has a BA in History and Spanish from Lycoming College in Williamsport, PA and studied for her Master of Divinity at Drew University in Madison, NJ.